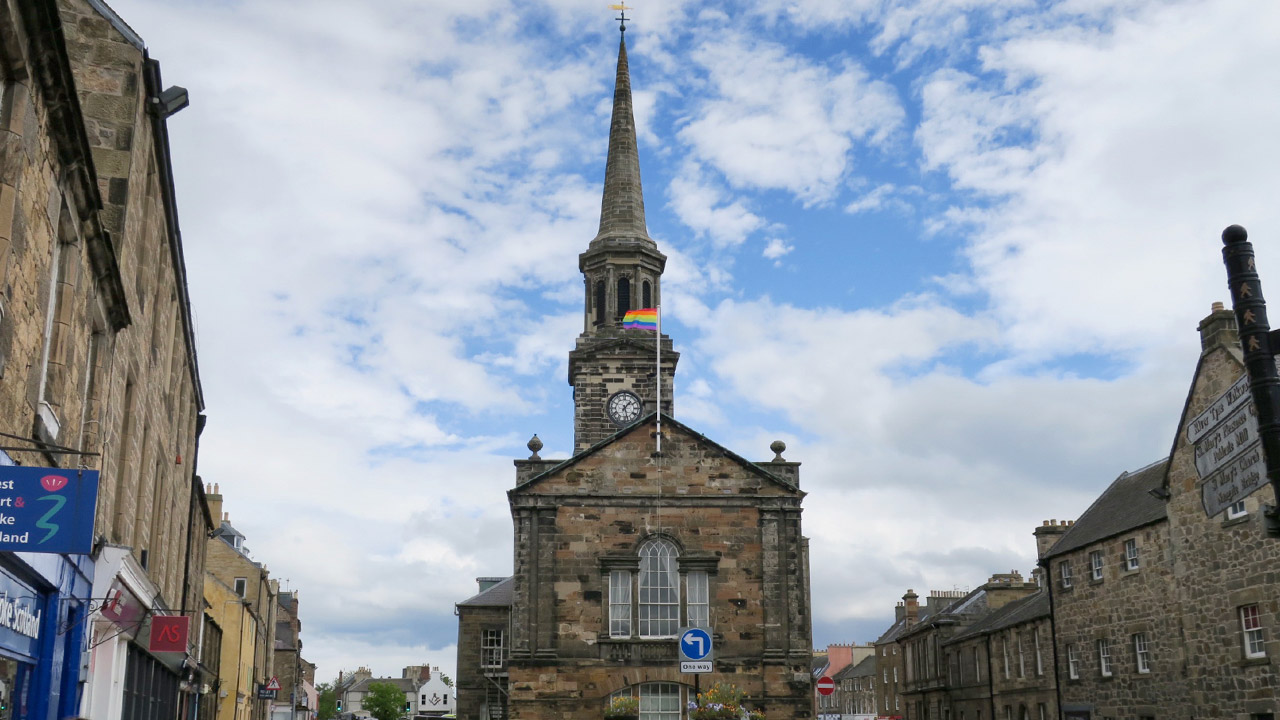 It was rather fabulous to see Gilbert Baker's iconic rainbow LGBTQ+ Pride flag flying from Haddington Town House over the weekend. As was the rainbow Pride flag that flew over The Brunton in Musselburgh. Equally pleasing was watching folk, who were out for a stroll through Haddington town centre, stop and take a photo of the flag with their phones.

We must again thank the Provost of East Lothian, Councillor David McMillan, for allowing this to take place. Especially as it coincided with our small online Pride event on Saturday. The Facebook messages and Tweets that we read over the weekend, from LGBTQ+ members and allies within the East Lothian community, and further afield, were so positive.

Our thanks also go to the Equality Network, who allowed us to share video footage that they shot at our 2019 Festival, held at Cockenzie House and Gardens, and to Jonathan, Izzie, Derek, Kasey and Ben, who have been keeping things ticking over for the past 12 months.